Wolfgang Holnthoner, head of the vascular biology group at LBI Trauma, is the new president of the Austrian Society for Extracellular Vesicles (ASEV). He takes over this position from Andreas Spittler from MedUni Vienna, who founded the society together with Viktoria Weber, Vice Rector of Danube University Krems.

In his new role, Wolfgang Holnthoner opened the ASEV Young Scientists Meeting on October 15th, which was organized by Viktoria Weber and her team at Danube University Krems and took place as a hybrid event. The meeting was well attended and became a great success! Young researchers from all over Austria exchanged ideas about their projects in the field of extracellular vesicles. Among them were also members from Wolfgang Holnthoner’s group, who are looking intensively into the role of extracellular vesicles as a means of intercellular communication, with particular attention to the formation of vascular networks.

Wolfgang Holnthoner already took an active role in ASEV in the past. In addition to organizing events, he was responsible for setting up the ASEV social media channels (Facebook as well as Twitter), which keep their followers up to date about conferences, publications and more. The channels are also an opportunity to keep in touch with international EV societies, with lively exchange taking place frequently. #EVenthusiasts are cordially invited to join the active Twitter bubble. 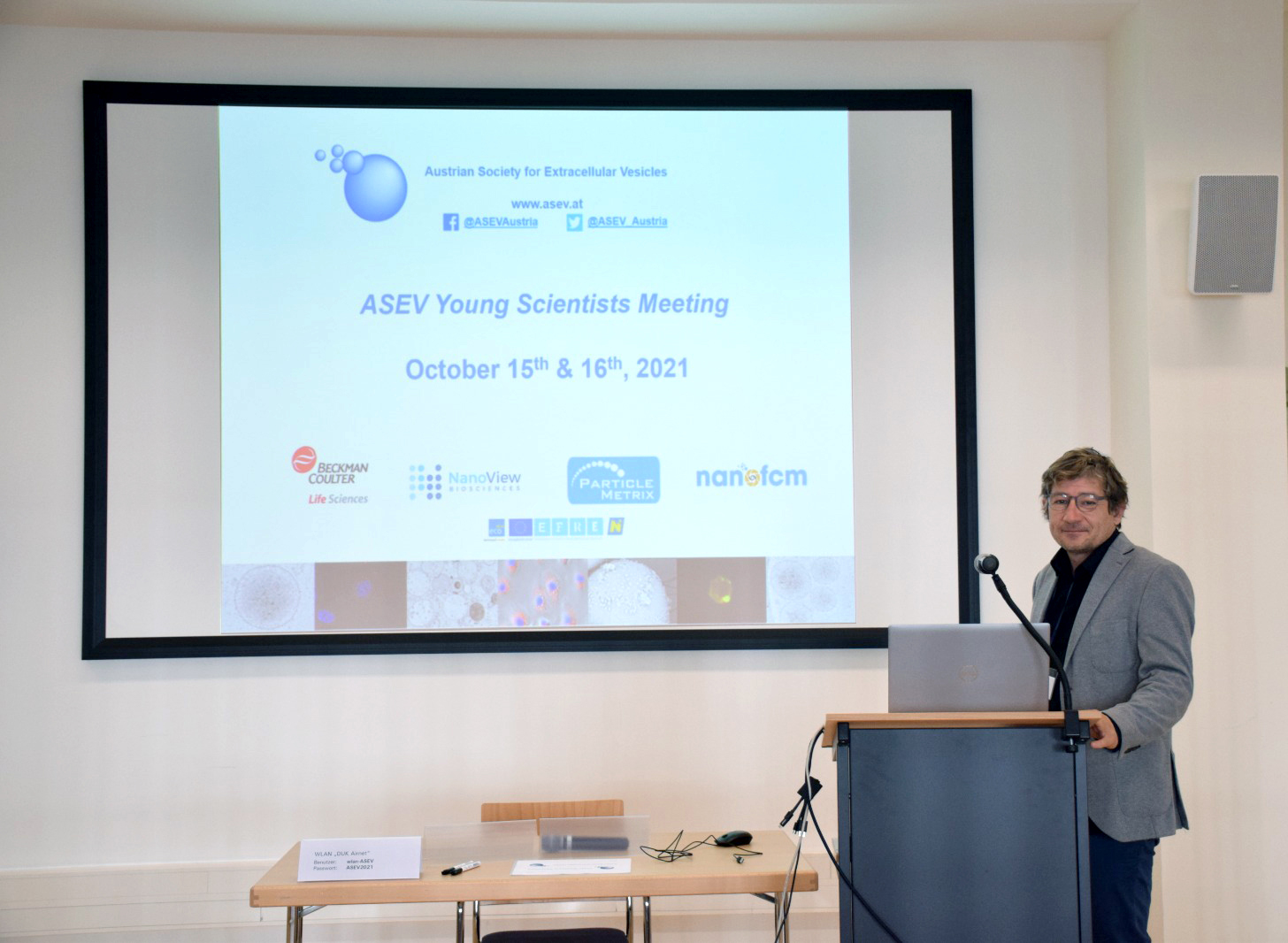 Save selection Accept all